What if You Hate Being a Mom?

What if You Hate Being a Mom? 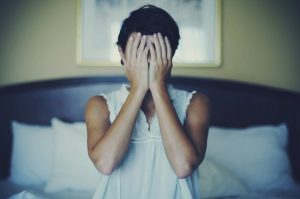 Yesterday, I spoke with a new mom who’s having a rough time. She’s at home with her 7 month old, breastfeeding, doing all the childcare, night parenting, and guilt-ridden for not feeling very happy. Naturally, she loves her son, grateful for the opportunity to be with him, but she feels trapped, lonely, and like every other mom is having more fun. Sometimes it’s so bad she gets into the shower at the end of the day and just cries. She’s crippled by sleep-deprivation, her husband works 12 hours a day, and doesn’t get how awful she feels. He gets to go to work, which is by far the easier job.Sound familiar? A few years ago, when my kids were 2 and 4, I ran into an old friend who I hadn’t seen in 10 years. He was divorced with no kids, and was so genuinely excited to hear all about my family. “Wow, you’re a Mom,” he said.“That’s amazing! What’s it like?” My response was a shock, like a bucket of ice water thrown at my face. “I don’t like it at all,” I said, with far too much honesty. His face fell. His jaw dropped. And I instantly knew I had made a terrible mistake. Moms aren’t allowed to feel this way, certainly not allowed to say it out loud.I began dog-paddled backwards,“Of course I love my kids, and I wouldn’t change a thing, but…Diapers? Mopping up vomit? Bleeding nipples and breast pumps? Being awakened repeatedly through the night and at 5-6am daily for four consecutive years?” No, the truth is that I like nothing about the actual job, yet I love my kids more than anything else in the world. So I do it anyway, even if I hate it sometimes.If you’ve ever felt this way, I urge you to be honest with other moms. Write about it. Go on camera and tell the truth. Perhaps if we didn’t expect that mothering would be the most joyous time of our lives, we wouldn’t feel so blindsided and guilt-ridden.