Should I Circumcise My Son? 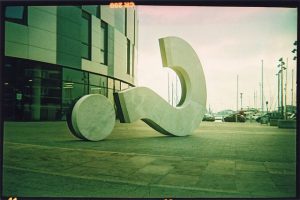 If you’re having a boy, will he be circumcised? Have you thought about it? The U.S is the only industrialized nation that routinely circumcises boys, the American Academy of Pediatrics stated in their 1999 policy update that there’s no medical necessity for it, Holland basically denounces male circumcision in their 2010 statement, yet American boys are still routinely being circumcised in hospitals. Why? Female circumcision is considered “barbaric” and commonly referred to as genital mutilation, so why are our boys still being cut? I understand religious reasons (I’m half Jewish, and a briss with a mohel is far more humane than hospital circumcisions), but many Americans don’t even question it. You need to tell the attending pediatrician in the hospital if you don’t want your son circumcised! When I was pregnant with my son, I deferred to my husband, who instinctively thought that our boy would feel strange if his penis were different than his dad’s, and that it would be a locker room issue. I asked him to do the research and be in charge of the decision, because ultimately, I don’t have a penis and don’t understand the pros and cons and politics of foreskin. Ultimately, we chose NOT to have our son circumcised because we couldn’t find any medical reasons for it, and well, most of our friends did the same, which took away the locker room argument! What are you going to do?

Hi, I’m Natalie, founder of Mommywise. I’m a Brooklyn mom of two (now) teenagers, PPD survivor, still humbled by the early years of parenting. I started this blog in 2004 as a way to help other parents who felt as dark and lonely as I felt to feel less shame, normalize the feelings of not loving parenthood, and raise awareness about postpartum mood disorders. I’m passionately committed to helping new parents feel more joy, offering sustainable employment for women and mothers, and contributing to positive change in the world.